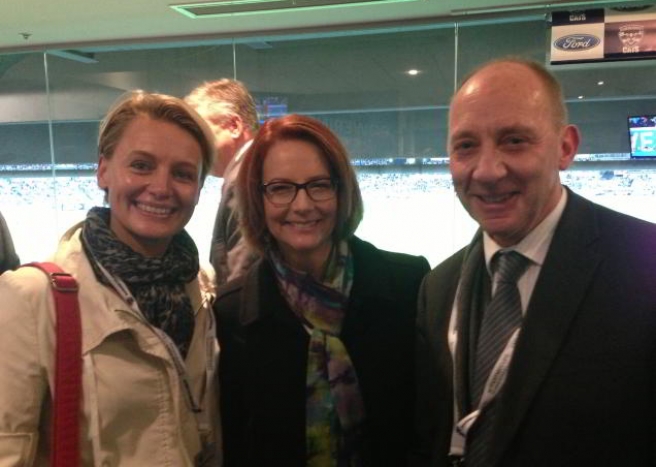 BioLAB Director Yvonne Van Der Ploeg and Belmont High School Principal Garry Schultz attended the Geelong Football Club President’s Dinner to experience the excitement of the first night game at Simonds Stadium for the Geelong Cats vs Gold Coast Suns. Hosted by BioLAB’s lead partners Deakin University, the night was attended by a very impressive list of international dignitaries, federal and state politicians and TV personalities.  After an introduction from the Hon. Richard Marles MP, Garry and Yvonne had the wonderful opportunity to be introduced to the Prime Minister and speak to her about the Geelong Football Club and BioLAB partnership program “BioCATS”, which will be launched from the Deakin Cats Community Centre later this month.

Previous postSports technology hits BioLAB
Next postBioLearning with a TWIST!
In partnership with