Teaching science – why we will never be completely right! 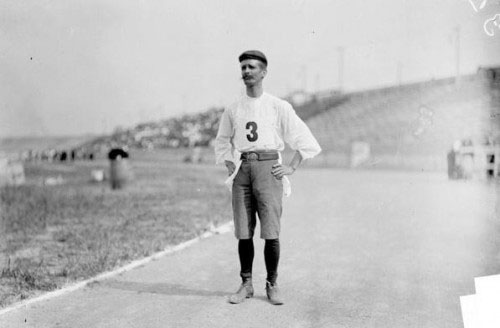 Recently an article appeared on the ABC news website, The Wildest Olympic Event in History, describing the events of the marathon at the 1904 Olympics. Scientifically, one of the hardest parts of the story to comprehend is the belief that withholding water from the athletes would improve their performance in an endurance event. Where this understanding came from is a mystery to people like you and me, maybe a scientist noticed that athletes get a “stitch” more often when they exercise after they have consumed water? This example highlights the notion that our understanding of most subjects in the world is not fully complete and new experiments prove facts to be untrue quite often.

Arguably the greatest scientist of all time, Albert Einstein was quoted as saying about his theories “No amount of experimentation can prove me right, a single experiment can prove me wrong”. In 2012 a mathematician, Samuel Arbesman, published a book, The Half-life of Facts, which explored how facts change and he come up with formulas to predict how long a fact would last for. In his study Arbesman used previous beliefs such as the Earth was the centre of the universe and exposing yourself to radiation was good for you. His findings led to the term “fact half-life”. This measurement, which describes how long it takes for half of what we thought to be true to be replaced with new knowledge, was chosen as Arbesman noticed that even though the time individual facts lasted was highly variable, there was a pattern in the rate in which the facts were replaced.

Arbesman’s study found that facts in different fields have a different half-life, either because some fields are closer to the actual truth or that more scientific studies were being performed. Arbesman found that in fields where technology was rapidly advancing, such as medicine and astrophysics, facts had a shorter life (meaning that they didn’t last long) while in traditional foundation fields that are less impacted by technology, such as mathematics, facts had a much longer half-life.

Overall the study concluded that instead of fearing new discoveries, researchers should be comfortable with the notion that facts are destined to change and to be excited as it leads us closer to the truth. He used another scientist’s, Isaac Astimove, quote “When people thought the Earth was spherical, they were wrong. But if you think that thinking the Earth is spherical is just as wrong as thinking the Earth is flat, then your view is wronger (sic) than both of them put together” to highlight the celebration of progression in a changing world.

With this in mind it will be interesting to see how people view our current approach to athlete management and our understanding of human performance in the future.

Other podcast relating to this topic: