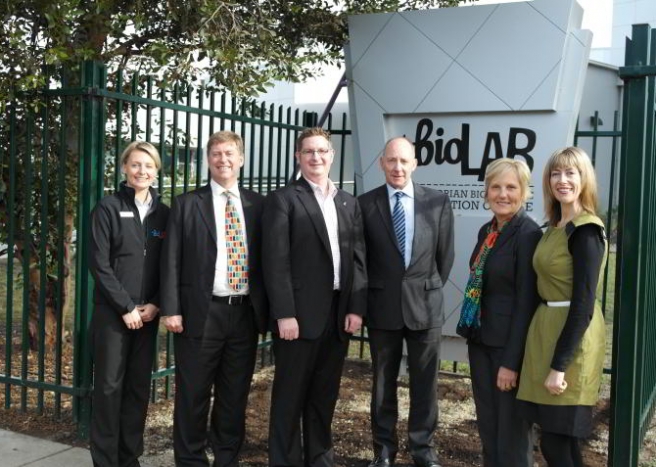 BioLAB recently hosted a visit from His Excellency Paul Madden, British High Commissioner and Mr Daniel Taylor, New Zealand Consul-General. The delegation, also accompanied by Rebecca Casson, Executive Director for the Committee of Geelong was toured around the building and got to experience one of BioLAB’s showcase programs, “Come Clean”, which takes a novel approach to introducing students to molecular biology and biochemistry.

This visit was coordinated by the Committee for Geelong in partnership with Richard Marles MP and a range of stakeholders including the City of Greater Geelong, Geelong Otway Tourism, Geelong Football Club, Department of State Development and Business Innovation, Deakin University and the Department of Foreign Affairs and Trade.

Previous postBioLearning with a TWIST!
Next postBioLAB welcomes 2013
In partnership with