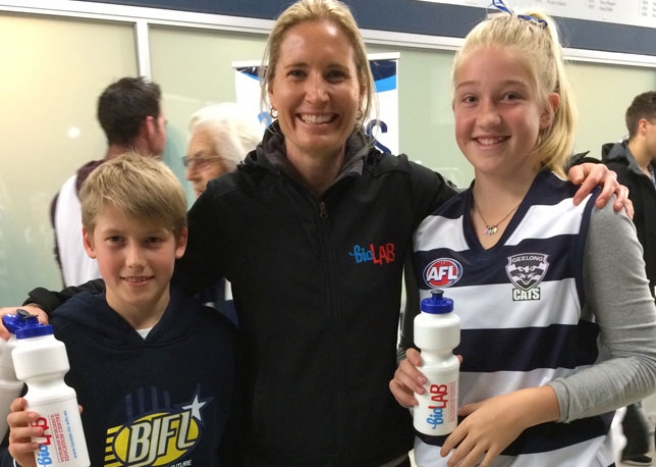 Congratulations to Maiden Gully Students Jack Hickman and Imogen Kinder winners of the BioCATS GPS Sprint Challenge! Both Jack and Imogen were rewarded with tickets to the Round 23 Match Day Partnership Game (Geelong vs Brisbane) and also formed the guard of honour for the Cats players as they entered the stadium. BioCATS is a wonderful partnership program designed and delivered by BioLAB and the Geelong Football Club with support from Deakin University.

(Image: Jack and Imogen are congratulated by BioLAB’s Renee Lane)

Previous postAnnual Report 2014
Next postIce, Snow and Outreach!
In partnership with